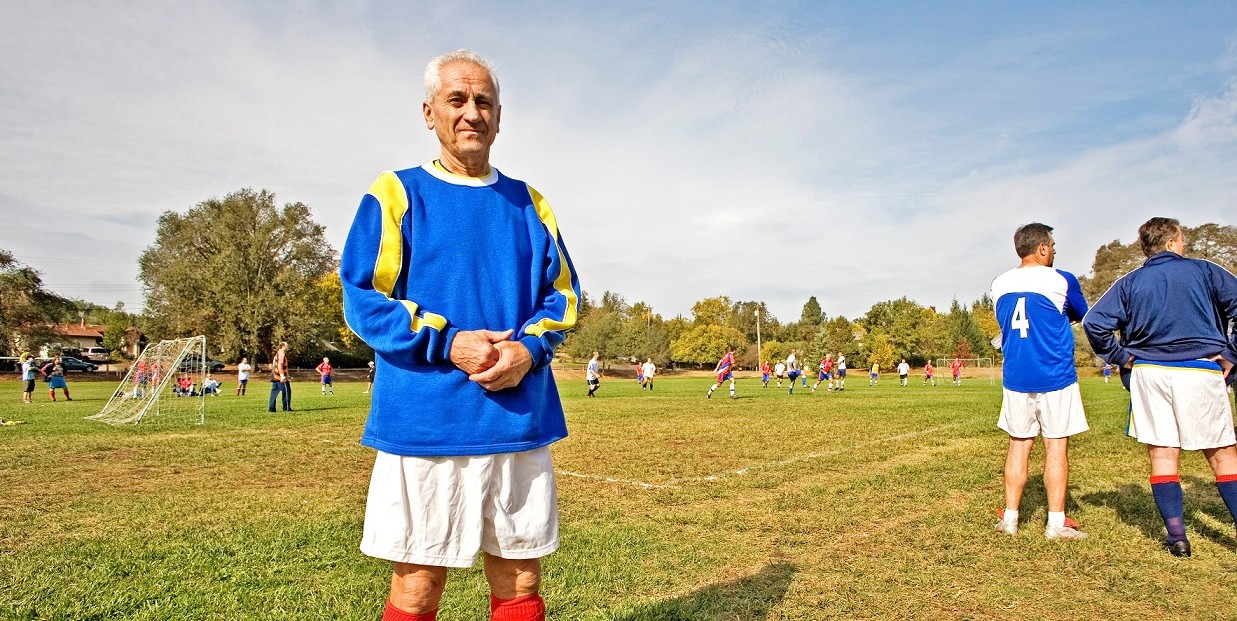 Football – arguably the most popular sport in the UK with thousands of teams from grassroots to elite level covering a huge age range. But why is it people stop playing the most accessible sport that can be played in local parks, sport centres and at school?

Many people will say its injury, being put off by competition, being ‘too old’ and more. But what if you apply a relatively simple concept to what can be a very fast and energetic sport?

Add walking of course! Who would have thought that by adding a simple concept to change the game, it would open the sport up to increased participation and keep people playing longer?

Walking Football first came to the fore through a Barclays advert shown at prime time between football matches; and organisations, led by the FA have begun to see its benefits. They now have a set of standardised rules which are still being tweaked now and the activity is bringing particularly adults aged 50 and older together and into the game. 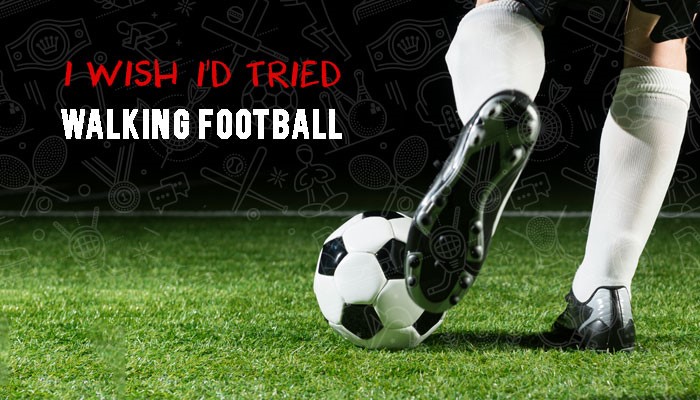 My first experience with Walking Football was joining in with a session as a few weeks passed. I play 5 a side, 7 a side and 11 a side football regularly and I was intrigued to see how different it was. Firstly, it felt very unnatural to stop yourself from jogging or running in the game! And secondly it wasn’t as easy as people may have thought. The dynamics of the game are different and the pace is slower but ultimately it brings everyone down to a similar level playing field.

Once the session finished I realised how active the game really was and attempting to walk fast in fact will allow people who think football is too fast for them, to participate in the game. It made me realise that football is now completely accessible for older adults and that there is huge potential for this to grow. 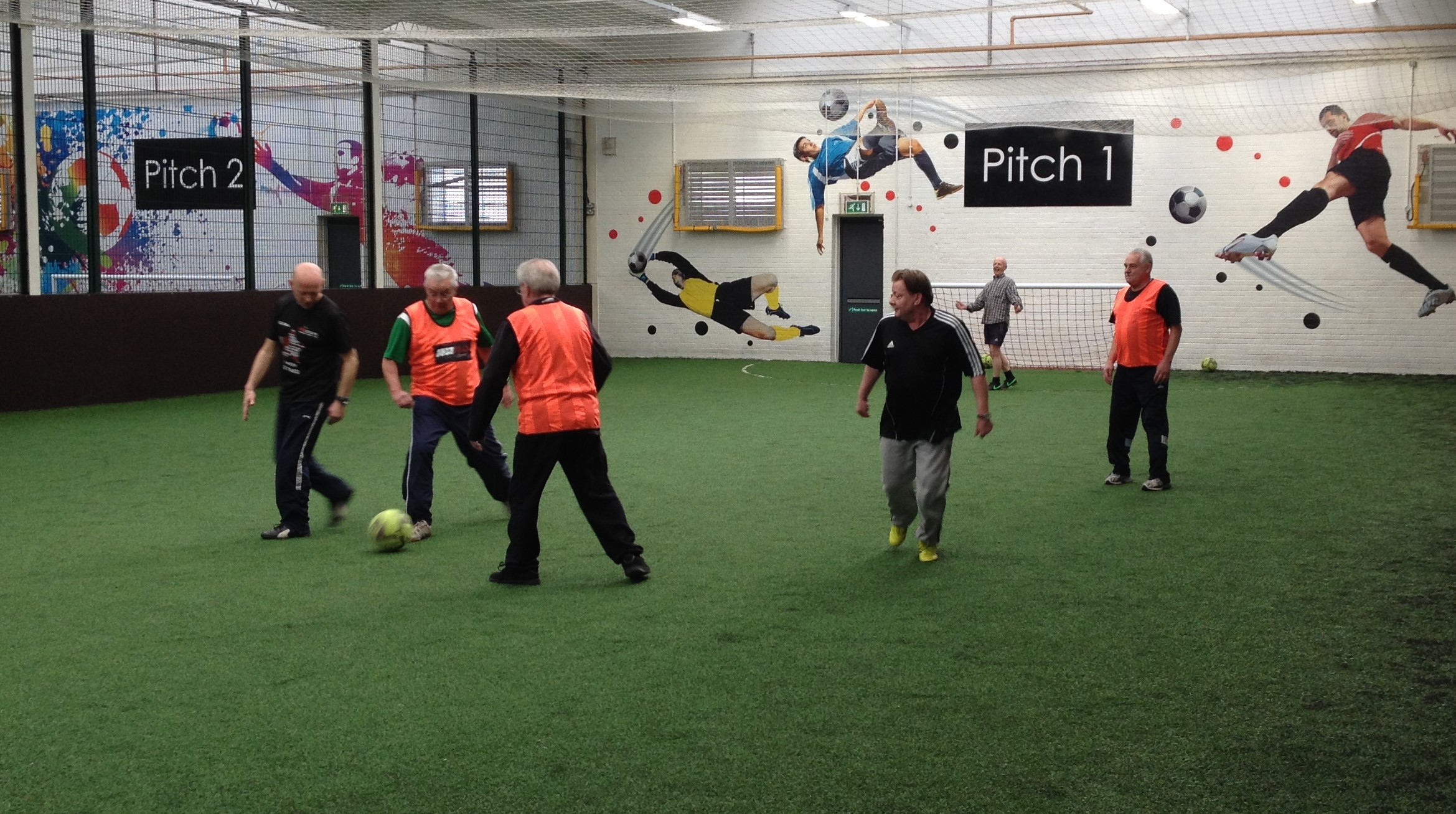 A year later and more than 75 participants playing regularly and four timetabled sessions the backing for the sport has proven a huge success. What is even more rewarding is speaking to the participants and finding out how long they were out of the game for! Ranging from 5 to 40 years of not being able to play their favourite sport – extraordinary when you think about it. In addition to becoming more active, the social aspect is fantastic and I witness the great camaraderie that has developed amongst participants in the groups – everyone is friendly and understanding and the players provide a very welcoming environment for new people.

To the present day, we now have seven weekly sessions up and running and we have been part of the development of Walking Football with both the Manchester FA and the Cheshire FA, linking in with other boroughs to share good practice. Recently we were invited to an event at the National Football Museum to take part in a Walking Football match against Stalybridge Celtic FC and we were also lucky enough to have a guided tour of the Memories of ’66 exhibition, what a bonus. 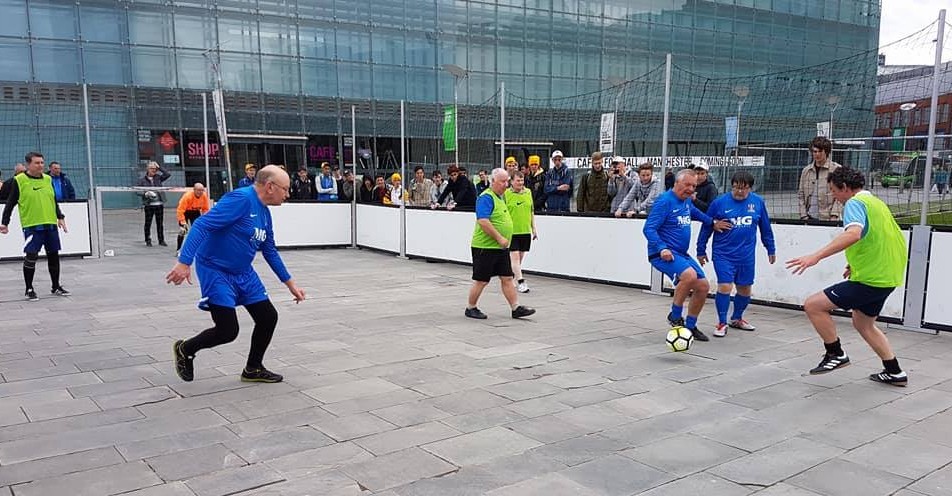 We are currently in the process of planning a friendly match and social afternoon with Stalybridge Celtic and we are organising a football tournament in June at Stockport Sports Village for local footballers and of course walking footballers.

Who would have thought that such a simple concept could provide a sport for older adults that not only helps them keep physically and mentally active but also promote such a fantastic social environment and comradery. We look forward to expanding Walking Football further in the not so distant future.